What is Glycerin, Really?

Credit for much of this goes to Marge Clark at Nature's
Gift http://www.naturesgift.com/descript.htm

Cold Process Soapmakers have it down to a litany. When asked why their soap is better than store-bought, they say (among other things), "Because of the natural glycerin. Glycerin is a humectant, meaning it attracts moisture to your skin. Glycerin is a natural by-product of the soapmaking process and while commercial manufacturers remove the glycerin for use in their more profitable lotions and creams, handcrafted soap retains glycerin in each and every bar."

Melt and Pour Soapmakers have a similar line, "Commercial soaps remove the glycerin for use in more profit producing lotions and creams, my soap has extra glycerin added to it. This helps make it clear, and also makes it a lot more moisturizing."

But what is glycerin, really?

Glycerin is a neutral, sweet-tasting, colorless, thick liquid which freezes to a gummy paste and which has a high boiling point. Glycerin can be dissolved into water or alcohol, but not oils. On the other hand, many things will dissolve into glycerin easier than they do into water or alcohol. So it is a good solvent.

Glycerin is also highly "hygroscopic" which means that it absorbs water from the air. Example: if you left a bottle of pure glycerin exposed to air in your kitchen, it would take moisture from the air and eventually, it would become 80 per glycerin and 20 percent water.

Because of this hygroscopic quality, pure, 100 percent glycerin placed on the tongue may raise a blister, since it is dehydrating. Diluted with water, however, it will soften your skin. (Note: While people say this softening is the result of the glycerin attracting moisture to your skin, there is heated debate as to whether or not the glycerin has some other properties all its own which are helpful to the skin. Summed up, the current thinking is "We know glycerin softens the skin. Some people think its because it attracts moisture, but there could be other reasons.")

Where does glycerin come from?

Up until 1889, people didn't know how to recover glycerine from the soapmaking process, so commercially produced glycerin mostly came from the candlemaking industry (remember, back then candles were made from animal fats).

In 1889, a viable way to separate the glycerin out of the soap was finally implemented. Since the number one use of glycerin was to make nitroglycerin, which was used to make dynamite, making soap suddenly became a lot more profitable! I have an untested theory that you could trace the roots of most big soapmakers (and the "fall" of the small, local soapmaker) to about this time in history.

The process of removing the glycerin from the soap is fairly complicated (and of course, there are a lot of variations on the theme). In the most simplest terms: you make soap out of fats and lye. The fats already contain glycerin as part of their chemical makeup (both animal and vegetable fats contain from 7% - 13% glycerine). When the fats and lye interact, soap is formed, and the glycerin is left out as a "byproduct". But, while it's chemically separate, it's still blended into the soap mix.

While a cold process soapmaker would simply pour into the molds at this stage, a commercial soapmaker will add salt. The salt causes the soap to curdle and float to the top. After skimming off the soap, they are left with glycerin (and lots of "impurities" like partially dissolved soap, extra salt, etc.). They then separate the glycerin out by distilling it. Finally, they de-colorize the glycerin by filtering it through charcoal, or by using some other bleaching method.

Glycerin has lots of uses besides being used to make nitroglycerin (note: glycerin is not an explosive substance by itself. It has to be turned into nitroglycerin before it becomes explosive, so it's safe to work with in your kitchen). Some uses for glycerin include: conserving preserved fruit, as a base for lotions, to prevent freezing in hydraulic jacks, to lubricate molds, in some printing inks, in cake and candy making, and (because it has an antiseptic quality) sometimes to preserve scientific specimens in jars in your high school biology lab.

Glycerin is also used to make clear soaps. Highly glycerinated clear soaps contain about 15% - 20% pure glycerin. Known as "Melt and Pour" soaps, these soaps are very easy for the hobbyist to work with. They melt at about 160 degrees fahrenheit, and solidify fairly rapidly. Because of their high glycerin content, the soaps are very moisturizing to the skin. Unfortunately, this high glycerin content also means that the soaps will dissolve more rapidly in water than soaps with less glycerin, and that if the bar of soap is left exposed to air, it will attract moisture and "glisten" with beads of ambient moisture. 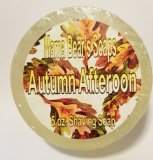